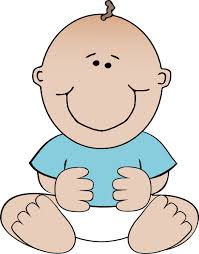 I don’t know where Frederick Buechner’s Longing for Home will take him eventually, but he did return to how often joy and sadness mix in one’s tears. He recalled his first meeting with his first grandchild on a staircase. The grandfather was ascending the stairs and the grandson was descending in his mother’s arms, and the grandfather’s emotions were conflicted.

The grandfather knew that it was likely that the baby would carry a bit of his grandfather into a future he himself would never see, and he was glad.  But he was made sad by the realization that his little grandson was going down into a future world that seemed inevitably to be filled with sorrow, turmoil and evil.

But Buechner wrote of himself, “I was on my way up out of it into God only knows what unimaginable world awaits every one of us if indeed any world beyond this one awaits us at all.”

On the one hand Buechner was thrilled at seeing his grandson for the first time, which brought tears to his eyes, but he was made sad also when he realized that the baby would one day die even as “I will one day die before I can ever know what becomes of him.”

In the same chapter of his book, Buechner also pondered the biblical epic of Job and the disasters that befell that good man when God withdrew his protection.  Job’s wife knew that her husband did not deserve such affliction and advised him to curse God and die.  Job’s friends believed that Job had secret sins, and tried to preserve the integrity of God by accusing Job.  Job’s responses might be summed up as an anguished cry to God:  “Why?”  Or “Where is God?”   “Why does God allow this?” and “Why doesn’t God do something?”

Millions question god when they’re victims of calamities such as tornados, hurricanes, earthquakes, and smaller misfortunes. Buechner reasons that God cannot move powerfully into world affairs without robbing his creatures of free will and thus ruining the story. But I believe, and perhaps Buechner believes, that God has already  intervened by  sending  a world rescuer, not a bloody sacrifice for its sins, but as a prototype for all to follow. 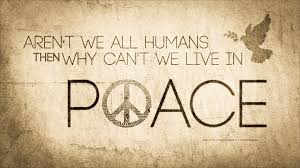 We are fast approaching the advent season when according to the Jesus myth, angels from on high sang of peace on earth to people of good will.  Jesus was a man of good will, and all of us if we follow him truly, will be people of good will.  Following Jesus as prototype would save the earth from climate change, the ravages of war and death from famine.  So it is time for the message of the prophets, John the Baptist, and Jesus to be heard.

Warriors, politicians, capitalists and all who call themselves Christian should repent and follow the prototype given us and peace will come on earth.  We can do it, for according to the Jesus myth, we have received the gift of free will.

I was born 92 years ago, the son of a Mennonite pastor and organic gardener in Franklin County, Pennsylvania. At age 10 I was baptized as a member of the Marion Mennonite Church. I own the "Old Fool" moniker because I want to walk the Jesus Way even though the world and much of the church takes me as a fool for doing so. In my life I have moved from being a young conservative to an elderly radical. I tell that story in My Faith Journey posted on my website.
View all posts by Martin Lehman →
This entry was posted in Biblical Interpretation, Family, Uncategorized. Bookmark the permalink.