I appreciated Robert Martin’s comment in a response to my earlier post on politics. He sees the weaknesses shared by both major political parts and has responded by withdrawing as much as possible from the political process.  He prefers to promote the values of the kingdom as a prophet who speaks to earthly powers from the outside like Jeremiah and Ezekiel.   I need to reexamine their writings to be sure, but I question if these prophets spoke only as outsiders.  Perhaps they suffered because they could not avoid being insiders.

It is easy for me to understand Robert because we share a common religious heritage.  My father never voted.  He explained this with a smile saying that he didn’t know who to vote for until after the election.  He believed the witness of  the Bible that God sets over the nations whomsoever He wills.  My father isn’t alive now, but if he were, and his beliefs and practices were unchanged, he would accept the leadership of President Obama as if he were a king set over the nation by God! 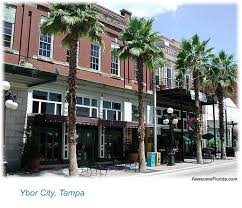 I followed my father’s teaching and example until I had lived in Tampa, Florida, for 20 years. Tampa  was an industrial and cosmopolitan city. Immigrants from Cuba, Puerto Rico, Mexico, Spain, Italy, were welcomed and integrated into the city’s life.  In the 1950s and 60s Nick Nuccio was the Tampa’s first mayor of “Latin” (specifically Italian) decent, having been born and raised in the immigrant neighborhood of Ybor City. 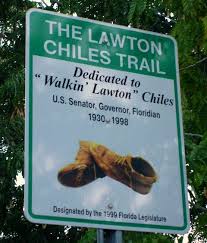 In those years I was exposed to political influences as never before. 1970 was the year that Lawton Chiles was elected to the US Senate. Chiles was relatively unknown and had little money, so he gained headlines by embarking on a 1,003 mile walk from Key West to Pensacola. The walk earned him the nickname “Walkin Lawton.”  He was elected, and served 3 terms as Senator. After retiring from the Senate he was persuaded to run for governor of Florida and was elected to two terms.

During his first term as Governor of Florida, Chiles brought reform to health care in the state of Florida and oversaw recovery efforts from Hurricane Andrew in 1992. In these years I wrote letters to editors, to local and federal officials and in 1970 I voted for the first time for Lawton Chiles and other candidates. 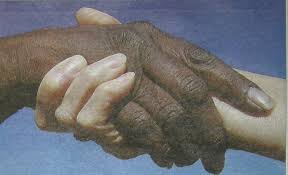 My new responsibility in the world as a citizen of the Kingdom of God is to be an ambassador of that kingdom.  If the hungry are fed I will encourage the feeding and support it even if it is done at the behest of a political party I don’t like. If food is denied to the needy I will protest that action, whatever political party is guilty of the shame. I will do that as a citizen of the USA and an Ambassador of the Kingdom of God.

The Old Fool accepts a prophetic role in relation to the government and will continue to vote, to write letters to editors, to local and federal officials in support of or in opposition  to the actions of a particular party or politician in a manner that is consistent with  Kingdom values.

2 Responses to Highlight – More about politics!