Every one of age is recalling where they were and what they were doing fifty years ago  when President John F Kennedy was assassinated in Dallas, Texas.  My interest goes to Florida, four days before the assassination.  Kennedy had spent the morning of November 18, 1963 in Tampa.  The afternoon of that day he was in South Dade.

I don’t know where I was on that very day, but I certainly was not in Tampa for if I had been there I believe I would have seen him and heard him speak. I went to hear both Nixon and Clinton speak in Tampa. Kennedy  was the first sitting president to visit what was described as a tired little southern city. It was in Tampa that he made his last public speech. People who were there remember it as a happy occasion.

I was glad to learn that John F. Kennedy said the following during the “Address and Question and Answer Period in Tampa Before the Florida Chamber of Commerce.,” on November 18, 1963. 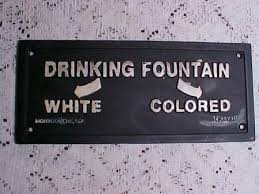 He was asked why he was urging civil rights legislation and he answered, “Now, we have proposed legislation, the most controversial section of which deals with so-called public accommodation. The bill which came out of the Judiciary Committee, which is now going to be before the House shortly, has the following provisions in it on public accommodations. It provides that lunch counters shall be opened to all citizens, regardless of their race, their creed, or their color, and so shall hotels, motels, theaters–except in the case of rooming houses where they are owner-occupied and with six rooms or less. Now you gentlemen may not regard that–you may regard it as an intrusion on your property rights, but you should remember that over 33 States stretching back to 1875 have had provisions like this. Many States have much stronger provisions. In addition, some States have provisions making segregation compulsory. This is not a new action. And I really believe that after the events of the past 6 months that all of us, regardless of our own personal views, must recognize that if we are going to have domestic tranquility, if we are going to see that our citizens are treated as I would like to be treated, and as you would like to be treated, that they have to meet a standard of conduct and behavior, but they are not automatically excluded from the benefits which other citizens enjoy merely because of their race, their creed, or their color.

“Now, that is my view of what our responsibility is in 1963. The Congress, of course, must make the final judgment. What the Congress passes, I will execute. We will know in the next 2 or 3 months what judgment the Congress will reach. But I believe that this is a matter that is going to be with us long after I have disappeared from the scene. No country has ever faced a more difficult problem than tempting to bring 10 percent of the population of a different color, educate them, give them a chance for a job, and give them a chance for a fair life. That is my objective and I think it is the objective of the United States as I have always understood it.”

Tampa citizens have tried to keep the day alive in their memories. Kennedy led a parade the length of Lafayette Street which soon after his death was renamed John F. Kennedy Boulevard.  Three years later a simple marble statue sculpted by Bernherdt Zuckerman of New York and Italy was placed on the boulevard at the entrance to the University of Tampa and Plant Park.  I admire this work of art and on purpose drove past it on my last visit to Tampa. They have recently placed a historical marker.

I have fading memories of events just four days later.  I was in Atlanta, Georgia, as part of a meeting at Berea Mennonite Church. As I remember it, the meeting focused around the race problem as it concerned southern Mennonite churches.  Some one who was watching a TV came to the meeting room to tell us that the president had been shot.  I remember the blanched faces of all present, but especially of the African Americans.

We must have decided to take a scheduled tour of Atlanta. About two hours later when driving in front of the Georgia’s capital. The traffic slowed, and we heard frantic cries from passing cars:  He died! He’s dead!