Give Thanks for Paul

Do you remember that Barrie Wilson in his book, “When Jesus Became Christian,” touted the historic Jesus of the Gospel of Matthew.  People in Jerusalem who remembered Jesus taught the Jesus faith as they understood him.  No one, they taught, could become a Christian without first obeying the Torah including male circumcision.  James the brother of Jesus was the leader of the Jesus  people in Jerusalem.

After diligently studying  the New Testament, Wilson  concluded that Paul had led an insurrection against true Christianity. Believing this, Barrie Wilson converted from being an Episcopalian Christian to Judaism. 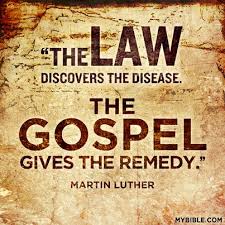 Wilson believes that Paul taught a Gospel  opposed to the teaching and practices of the Jesus who kept the Torah but taught his disciples to keep it at a higher level than other Jews. Paul was at fault because he spiritualized the Gospel, taught that keeping the Torah was not necessary, circumcision and following the dietary laws were now a matter of personal choice, and Jesus was the Christ.

The book of the Acts of the Apostles, according to Wilson, is fiction written on purpose as a bridge between the Jerusalem church and Paul’s churches among the gentiles.

So I suggest that we should give thanks for Paul and his work, for we Gentiles may not have heard of Jesus had it not been for Paul. But, I am not satisfied.  I believe that the hope of the world lies in those who call themselves Christians.  We should all repent, walk the Jesus way and beat swords into plowshares. Then worldwide peace will come.

Frederick Buechner reflected in “Longing for Home” on the many who lie buried in Westminster Abby and wrote that if everyone lying there awoke they would all speak of grace.  Amen.

I was born 92 years ago, the son of a Mennonite pastor and organic gardener in Franklin County, Pennsylvania. At age 10 I was baptized as a member of the Marion Mennonite Church. I own the "Old Fool" moniker because I want to walk the Jesus Way even though the world and much of the church takes me as a fool for doing so. In my life I have moved from being a young conservative to an elderly radical. I tell that story in My Faith Journey posted on my website.
View all posts by Martin Lehman →
This entry was posted in Biblical Interpretation, Faith, Uncategorized. Bookmark the permalink.

2 Responses to Give Thanks for Paul