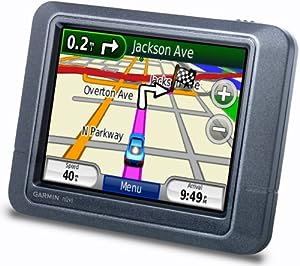 hoda and I liked to  explore. Soon after we arrived in Goshen we discovered we needed a GPS.  We could deliberately get lost in the Elkhart/Goshen country side and use our GPS to find our way home.  That was fun.  Listening to the Martin vs.Zimmerman trial reminded me of times when I was in strange territory. One night I was traveling alone in northwest Florida  south of the Florida-Georgia state line.  It was a dark misty night.  I seldom picked up hitch hikers, but that night I did.  A man and woman  dressed in white stepped out of the gloom into my headlights.  On impulse I offered them a ride.  They were members of a Christian hippy commune in California. They were traveling in the interests of a convert who had recently joined their commune. They had hitchhiked East to meet her parents and to assure them that she was in good care.

The husband sat in front with me and he and I shared faith stories.  He told me about the long white shirt that he designed and wore for modesty’s sake. The wife leaned forward from the back seat to inquire of her husband if she could ask a question.  With his permission she asked “are your women quiet?”  I told her that some were quiet and some were not.

Our ways soon parted as I turned toward Florala, Alabama.  Without a GPS I could not find my way to Camp Victory. At a fast food restaurant in Florala I asked some men for directions to Camp Victory.  Sensing that I was a (damned) Yankee in their territory they must have decided to have some fun at my expense. They gave me directions that I happened to know would take me far from my destination.

I went back to my car and sat there. The men were not my friends and I did not want to risk following their advice.  A bit later, a woman came to the car and asked me where I wanted to go.  I told her, and she gave me what I believed were directions I could trust.  I was not far from Camp Victory and was soon safely among friends.

Another time Rhoda and I were looking for Harold and Mary Grace Shenk in Atlanta.  The Shenks had moved into a part of Atlanta that was changing from white to black. Racial boundaries were important in those days, but the Shenks would not move because other whites were moving away from black neighbors. Soon they were the only whites living in that community.  We had their address, but no GPS.

We were lost, so I parked in a shopping center to decide what to do next.  All the customers were African American.  A young man sensed that we had a problem and came to the car to ask if he could help us.  I gave him the Shenk’s address.  He said, “follow me.”  We followed as he took us to where we wanted to go.

One Sunday morning we were on our way to the Bahia Vista Mennonite Church in Sarasota.  Fellow church goers were passing a black man parked by the road and waving for someone to stop.  I had been helped by so many black friends that I couldn’t pass him by.  He asked a simple question:  Which direction should I go to get on US 41?

In 1991 Rhoda and I visited Gulfport, Mississippi,  where about forty years before I had served in Civilian Public Service.  Those were the years when I was told that a cow was of more value than the life of a black woman and when I heard Senator Bilbo’s disgustingly filthy radio address against integration of the races.

Rhoda and I could see that much had changed in Mississippi.  Blacks and whites ate in the same restaurants, went to the same schools, and mingled socially.  African Americans had been elected to office.  But living now in Indiana and watching the world through television, I am aware that there is still much racial prejudice in both Northern and Southern states.

If you only get your world view points from Fox News and never watch left wing television, here is a link that will give you a sampling of the latter  in MSNBC.

I was born 92 years ago, the son of a Mennonite pastor and organic gardener in Franklin County, Pennsylvania. At age 10 I was baptized as a member of the Marion Mennonite Church. I own the "Old Fool" moniker because I want to walk the Jesus Way even though the world and much of the church takes me as a fool for doing so. In my life I have moved from being a young conservative to an elderly radical. I tell that story in My Faith Journey posted on my website.
View all posts by Martin Lehman →
This entry was posted in Faith, Uncategorized. Bookmark the permalink.